I’m trying to fill you in on the last three months of the Binge Swimmer’s life as I am acutely aware there’s been a Binge Blog Vacuum. Being a lazy cow the easiest way is to just use  my old copy from the Swimming Times column, hence the odd reference to my (long suffering) editor and “last month” and column.  Is this a case of “life imitating art?” Anyway here’s the 2nd instalment in Binge’s catch up with more than a nod to the political climate when it originally appeared.

I know that you’ve been waiting with bated breath to learn whether or not my carefully crafted competitive plan would be derailed by technical malfunctions at the John Charles pool.

Well your agony is almost over, but I’ll ramble on a bit more before I finally put you out of your misery; because in truth the reality was rather more mundane than that dramatic cliff hanger I left you with last month.

The problem which had bedevilled the venue for the North East Regional championships apparently only affected the pool in long course format, therefore the 2017 Yorkshire Masters took place as planned with the slick operation that the regulars to this event had come to expect. 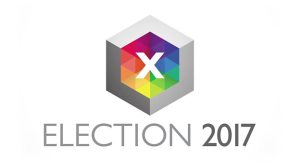 Sticking with the tried and trusted middle distance freestyle and breaststroke events I was left reflecting on a rather lacklustre performance, which I attributed to the somewhat weak and wobbly training regime forced upon me during April.

Undeterred by this and with my sights firmly set on negotiating a successful trip to Budapest in August. I elected to redouble my efforts during May to try and achieve a strong and stable training performance. Things didn’t quite go to plan with my yardage for the month coming in at 49,850 metres so a pretty average month.

What my swims at Leeds did highlight though is the rather obvious fact that if I want to swim competitively then I might need to try doing some more specific training, as opposed to the comfortable freestyle plod that is all too easy to choose; especially when I’m swimming in public sessions and having to duck and dive in between the head up breaststrokers and the deluded triathletes who think that they can easily beat the old fat lass who’s just plopped into the lane beside them.

It’s difficult to decide which particular species of public lane swimmer is worse but if I was forced to choose I think I’d come down on the triathlete, they’re easy to spot as they are usually sporting Aquasphere goggles, expensive swimming toys and a gargantuan sized Garmin watch, and despite they can’t read a pace clock or tumble turn.

Binge is clearly not the only one with these frustrations and it seems that assistance is at hand in the form of a helpful flow chart produced by ex international swimmer Katherine Wyld entitled “Should I swim in the Fast Lane – A Handy Guide”.

This document should be required reading for triathletes, the final question especially resonates with me “Will you get unnecessarily angry if you are overtaken (particularly by a girl)?” or in my case the old fat lass! It made me smile and it’s worth checking out under Katherine’s twitter handle @kafwrine.

The problem is when I’m faced with a couple of these characters in a public lane swimming session, any carefully formulated swim session to finely tune all three energy systems goes out the window, to be replaced with the single aim of how quickly can I cover 3600 meters and get out? and being a workshy Bingeswimmer with eyes firmly fixed on the World Championships the usual answer to this is the Hungarian set (most of it swum pull).

I feel that I need to pause here and explain a Hungarian set, (if only for the benefit of my uninformed editor) because it might get you out of a jam if your faced with having to come up with a session on the fly.

Now I do realise that if I’m going to “change Binge’s future” I need to get serious about the type of swimming I’m doing and introduce some variety of work into my programme. To be fair Evil Mutant Swim Coach 1.0 has begun to put words like “fast” on the white board and on odd occasions has let me have some rest

We even briefly discussed doing some of the swims number 1 stroke, although my token effort at this last Monday was a mere 2 x 50 m repeats in a 2800 metre session. It is just so hard and painful to train on breaststroke and if truth be told I’m rubbish at it. Not to mention the fact that I swim with a load of blokes who do nothing but freestyle and EMSC 1.0 is clearly in the “for the many not the few” camp.

But if I really want to “make Binge great again” I need to rethink my strategy… oh is that another one of those cliffhangers?