My normal National’s build up consists of the following:- enter a completely unrealistic number of events; preferably long and painful ones; swim sporadically in September; and then designate the first three weeks of October as “dry “weeks. The result of this painstaking preparation and fine-tuning is to die horribly in all of my swims.

What would be different this year ? Well 2 months ago Bob and I joined the ranks of empty nesters as we deposited teenage triathlete at University and began to enjoy the luxury of having nights out together, being able to eat meat without a disapproving nutrition nazi lecturing us on our food choices, and no longer being forced to run a private taxi service from various nightclubs in Newcastle town centre every weekend.

The plan was that with all of this new found free time I would be able to prioritise my swimming training and with 6 weeks run up to Sheffield I would be able to capitalise on my summer splurge and maintain the momentum. But hey this is Binge swimming and as regular readers know things rarely go to plan 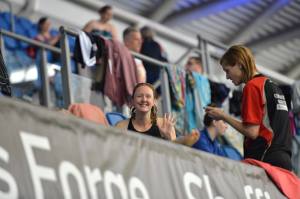 Somehow I just never managed to get out of the house to sample the delights EMSC 1.0 had planned for me at training. So unsurprisingly, even though I had the foresight to avoid the magnetic attraction of entering the 1500 there was a sickening inevitability about my performances at the 2015 event. I entered an unfeasible number of events, including the 800 and 400 free and the 200 breast; swam somewhat sporadically in September and for some reason thought extending the October dry season to all of October was a good idea.

This year my opening gambit was my swimming nemesis event; the 200 IM. Having failed to record an official time on the last two occasions I’d entered one, what were the odds that I would be able to start, finish and record a time that would be included in my decathlon results. Worried that if I warmed up I would lose any nervous energy and exhaust myself before the swim I dived in cold and felt quite proud of myself when I finished successfully. Third time lucky. 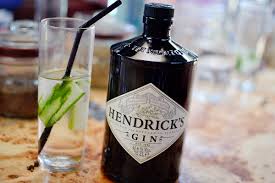 It turned out that (if you ignore the 50 breast) this was the highlight of the weekend as my performances deteriorated rapidly and left me wondering if operating a strict no warm up or swim down policy was the cleverest way to approach these swims. An attempt to drown my sorrows came up short when I was forced to hand over 14 quid for a double gin and tonic in one of the local hotels.

Of course it wouldn’t be a Binge meet without a moment of swimming ineptitude, or two, The first one arrived on Saturday afternoon when I “forgot” that I’d entered the 100 free and only realised this as I scanned the evening’s programme and noticed my name in the entry list just before the dreaded 200 breast. What was I thinking?

The second instance of lack of focus came in the 50 free on Sunday morning. I arrived at the pool and for some reason I had it in my head that I was swimming in heat 6, so I was standing on the pool side chatting away when the starter’s whistle went and I hear my name called. 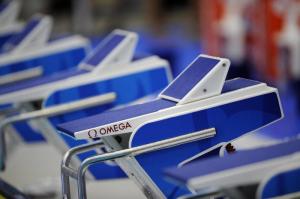 My blood ran cold as I realised it was my heat being called onto the blocks and with uncustomary lightening fast reactions I sprinted to my block ripping my polo shirt and glasses off as I went. In a blind panic and with my heart rate going through the roof I leapt onto the platform simultaneously dragging my goggles on, just as the signal to mount the blocks was given.

I am now convinced that there is a great swim god looking out for me as no sooner had I clambered onto the block we received the signal to stand down as there was a problem with the electronics. Phew a few minutes to collect myself, chill and concentrate. It didn’t do me much good mind you as looking at my reaction time at the start, lightening is not an appropriate adjective when it really matters as it took me well over a second to decide I should get going. Ah well there’s always next year.

As this piece went to press (early November) my swim log was showing I’d just nudged over the quarter of a million metres mark, and with a mere 56 days left in 2015 I’d need to swim almost 6000 metres a day to hit my mile a day target. With the best will in the world (which I do not possess) and Christmas fast approaching that simply wasn’t going to happen