Traditionally as the year draws to a close Binge swimmer ‘s trips to the pool become very rare occasions, and the end of 2015 was no exception. There has been the odd Binge sighting on a Saturday afternoon at the Durham Triathlete session and of course there was the inter-county event but unfortunately nothing has been able to encourage me to swim regularly.

It could however be all about to change. The coming months will see the arrival on our shores of two seismic events which may provide just the inspiration I need to try and rediscover a semblance of fitness. In December we have the launch of the new Star Wars film and then in May next year there’s the small matter of the 15th European Masters Swimming Championships at the Aquatic Centre in London. Both of these are eagerly anticipated in the sad life of the Binge swimmer.

The confluence of these 2 events occurred in the most improbable of settings, at the 2nd Masters National Conference in November. I must say however that it was our Masters Officer’s fault as she introduced the idea of the Christmas blockbuster movie into her presentation, producing a couple of slides of Darth Vader to represent the “Dark Side” of Masters swimming, that existed in the era before Sharon Lock all Princess Leia-like was appointed to bring order out of chaos. But, this was a theme I was happy to run with in my presentation and I therefore introduced Sharon as our “Jedi Master” before I went on (or rather droned on) about the approaching European Championships. 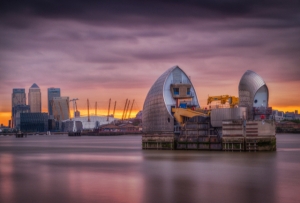 So having established a rather tenuous nexus between these two unlikely topics they have clearly became fused and merged in my subconscious ready to pop out just when I least expected it. It was rather uncanny, there I was sitting in the Masters Conference listening to top sports psychologist Karen Howells explaining to a rapt audience the “barriers for training and competition” and it felt like she had direct access into the psyche of the Bingeswimmer.

Karen comprehensively exposed all of my innermost failings and frailties about my swimming. I could feel myself blushing as she whistled through concepts such as intrinsic motivation and why she could predict with absolute certainty that focusing on performance goals was likely to lead to disappointment, despair and fear, and we all know that “Fear is the path to the Dark Side

My mind was already beginning to wander as it struck me that our diminutive guest speaker seemed to possess a Yoda like energy and wisdom, confidently commanded the front of the room and demanding our attention We were then urged by Karen that if we wanted to be more successful then we should think about replacing performance goals with what she termed as process goals.

This would be a confidence building alternative, and to bolster our confidence further she recommended that we undertook imagining exercises. To help us with this she led us through one (which for some bizarre reason featured lemons) however as I closed my eyes I felt myself being transported to a happier time in a swimming pool far far away….

My synapses were firing at light speed and I was digging into the depths of my memory bank dredging up that long lost feeling of invincibility that you have when you know that you are fit, well prepared and on top form and absolutely certain you are going to perform well. 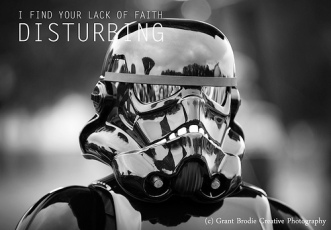 I’m not sure if Karen was performing some kind of Jedi mind trick on me as I found my resolve to commit to training next year take hold, to such an extent that I was able to easily dismiss the thoughts of self doubt and Vader’s voice admonishing me “I find your lack of faith disturbing Binge”

I then had the revelation that I could turn to Star Wars for some inspiration in finding my way back from the dark side resolving “Do. or not do. There is no try”. My resolve was reinforced by the final speaker at the conference Jane Asher who is clearly relishing the prospect of moving into the 85 years age group next year, as she enthusiastically imparted her tips for a happy and healthy swimming career.

Now Jane is a fabulous example of someone who is defying the laws of ageing and despite there being a few hundred years between Yoda and our favourite Kings Cormorant (815 to be exact) I couldn’t help thinking “When 85 years old, you reach… Look as good, you will not.”

Anyway back to the real world and a three hour drive home with time to plan the resurrection of Binge’s swimming career in 2016, inspired by Karen and the words of Qui-Gon Jinn “your focus determines your reality”

Of course the reality is undoubtedly going to be hard and painful certainly in the very short space of time left until May. But “swim… you will” and for some reason….. “I’ve got a bad feeling about this.”