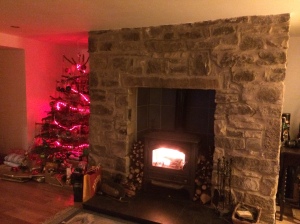 “On the 11th day of Christmas my swim coach gave to me one hundred hundreds”…..so half way through this mega set I found myself wondering how I ever thought this was a good idea.

The answer to this is for the last 5 years I have been striving to swim 587,000 odd metres which is an average of a mile a day and I have failed spectacularly. 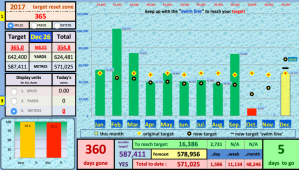 This year things started pretty well as you can see from the attached log and kept going quite steadily through the summer, but then in true Binge style, life intervened and swimming went out of the window through Oct and November

I had all but abandoned the challenge for another year, but for some inexplicable reason  as December arrived and with 520,000 metres under my goggles, thoughts such as “you’re so close to this” and “you’ll have to start again form zero next year” and then finally “how hard can it be to swim 66.5k in the next 31 days?” began to force their way into my consciousness. 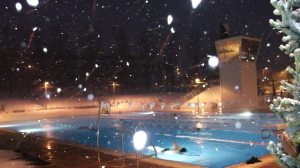 Of course the answer to that final question is, quite difficult really, especially in what is by any measure a mad month to start with.

A promising start hit the the first hurdle in the second week when a trip to (a very snowy) Birmingham, for a telling off by a judge interfered quite spectacularly with the swimming. 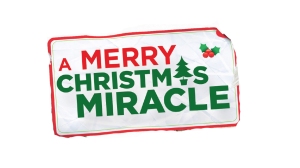 Although I did experience my very own Christmas miracle when I dodged the anticipated judicial opprobrium. Home again, I was encouraged by Sparky Walton (esteemed channel swimmer) to “get some yards in” and join the crowd (9 nutters!) to do the hundred hundreds challenge.

With an eye on the fact that swimming on Christmas Eve, Christmas Day and Boxing Day would be unlikely I made my way to the pool on 23rd December. 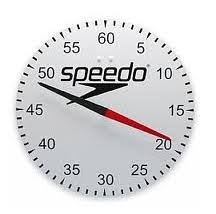 I decided that a repeat time of 1:45 was a bit beyond me, so I selected a more manageable  1:55 and set off, hugging the lane line which roped off  the speedsters from the general public. Some 3 hours 11 minutes and 40 seconds later I stopped feeling quite smug not to mention totally knackered.

I was pleasantly surprised by my swimming as it was a case of just taking it one length at a time and was actually nowhere near as bad as I had anticipated. I also outlasted my watch which died on my 98th repeat so I haven’t a record of any of the splits but they seemed pretty steady the first 20 or so on around 1:35’s the next 30 or so on 1:40’s and then tailing off to just under 1:45’s. Pretty pedestrian but that wasn’t the point. 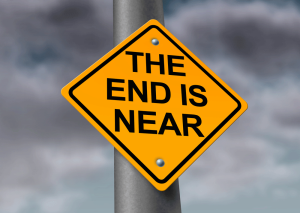